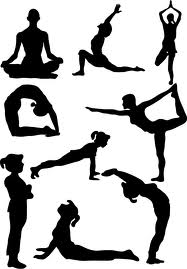 The word “Yoga” is ancient Sanskrit for “union”, and is used to describe that practice of attaining the state of union or connection between the individual’s soul and the spirit, or the universe as a whole. In other words, yoga is a state of spiritual union. People are under the impression that yoga is composed of the complicated poses and stretches that are always advertised. No, it’s a much broader discipline. In fact, there is what we call the Eight Limbs of Yoga: Yama (Do’s), Niyama (Don’ts), Asanas (Positions), Pranayama (Control of breath), Pratyahara (Sense withdrawal), Dharana (Concentration), Dhyana (Meditation), and Samadhi (Spiritual ecstasy).

Those who say that yoga IS meditation wouldn’t be too far from the truth, then. But to say that you are doing meditation when you are simply doing the yoga poses wouldn’t be quite right, either. From the discussion above, we could surmise that meditation is a part of yoga. Basically, meditation is a spiritual state of consciousness or awareness. It is being integrated into most, if not all, yoga classes whereby, after doing the stretches and poses, the yoga practitioners would settle down for meditation. 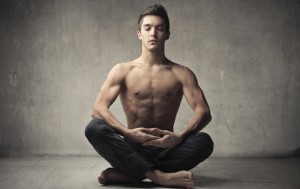 In the ensuing discussion, let us use yoga in a different context. Let us refer to yoga’s Third Limb, which is the Asanas (Postures), to compare yoga and meditation.

Practicing the yoga postures requires physical exertion while integrating the mind and spirit. Meditation, on the other hand, is purely a mental exercise. Part of the reason why people practice yoga is for physical strength, balance and flexibility, while keeping track of their breathing. Yoga and meditation both help the practitioner improve their moods, have mental clarity and improve their focus while achieving an inner peace and calm. Meditation, however, cannot be expected to help you increase your overall athletic ability, or decrease back pain.

Yoga and meditation are both effective at making a person more relaxed. Both put emphasis on the breath, touting it as the ruler of the mind and body. When practicing the yoga poses, practitioners and instructors are very particular about how one breathes in and out. The same is true in meditation. Breathing properly will help one achieve that calm and peaceful state of mind that is being aimed for.

Yoga and meditation also require certain supplies or tools. A yoga mat is standard when it comes to asanas practitioners. This is to provide comfort and support. In meditation, meditation cushions, pillows and benches are often used. Both also require the use of the appropriate clothes. Yoga clothes are just as important as meditation clothing. Other supplies used by yoga and meditation include CDs, which normally contain sounds of nature or soft, soothing music. 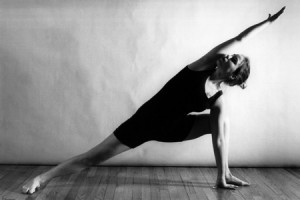 Yoga practitioners are also particular about the specific places where to perform the postures. It’s the same thing with meditation. In order to practice yoga and meditation, practitioners tend to look for an area that is quiet, not at all crowded, and well-ventilated. These are all contributory to their focus and concentration once they start their yoga poses or once they start meditating.

When you start wondering what the difference is between yoga and meditation, it would be best to remember that yoga is more than just the postures. Once you have reconciled yourself with the fact that yoga is more encompassing than what you originally thought, then you could immediately say that meditation is an extension of yoga.